Costa Rica is a small tropical country in Central America. A nature-lover’s paradise, it offers beautiful national parks as well as wonderful beaches on both its Pacific and Caribbean coasts, with the nearest beach only 90 minutes' drive from the capital city of San Jose.

There is a wide variety of cuisine.  Fresh fruit and vegetables are always available and fish from both oceans is in abundance.  And a meal must always end with a delicious steaming cup of Costa Rican coffee, one of the best coffees in the world!

Hotels range from superb deluxe resorts on the Pacific Coast’s Gulf of Papagayo to simple privately-owned hotels on the Caribbean coast, as well as independent eco-lodges and volcano lodges set in beautiful gardens.

Where to go in Costa Rica

Visit Costa Rica’s national parks and choose to walk through a rainforest on the Pacific coast, hike to the rim of a volcano or watch giant sea turtles nest along the beach at Tortuguero.

Take a canopy tour over the Monteverde Cloud Forest, home to more than 100 species of mammals and more than 400 species of birds. Observe the wildlife and views from the suspension bridges and zip lines high above the rainforest.

Manuel Antonio National Park is one of the loveliest parks in Costa Rica where the tall evergreen forest reaches right down to the high tide mark on the beach. Home to the white-faced capuchin, mantled howler and red-backed squirrel monkeys, two- and three-toed sloths, and a large number of species of birds.

Set in the tropical, green lowlands of San Carlos, the perfect cone-shaped Arenal Volcano is one of the most active volcanoes, featuring several hiking trails through the surrounding forest, and viewpoints to see the volcano and old lava flows.

Take a relaxing and therapeutic mineral water bath in one of the natural hot springs at the foot of the volcano.

Choose the beach holiday to suit you – enjoy the white sand and intense blue sea of the calm Gulf of Papagayo or go surfing at Tamarindo Beach.

Take a tour and visit one of the many coffee plantations and learn about the production, the harvesting, the processing plant and the roasting of the coffee grain, and discover how the taste of Costa Rican coffee is favoured by the different climate.

Costa Rica has a tropical climate with a wet season (the green season) running from April to November.

For beach lovers, the best time to visit is during the dry season from December to March although it is worth remembering that during the wet season the rain tends to come in showers in the afternoon and you will still have plenty of sunshine.

Temperatures vary little during the year with an average of 24°C although temperatures drop at altitude in the Monteverde Cloud Forest, and it is hot and humid on the coast.

Where to go next

Combine Costa Rica with a beach extension to Panama’s Bocas del Toro – it is just a 25 minute private transfer from the Costa Rican border to this laid back Caribbean archipelago.

Or visit Nicaragua’s colonial cities of Leon and Granada in the north.  The Nicaraguan border is an easy transfer from Costa Rica’s beach resorts on the north Pacific coast. 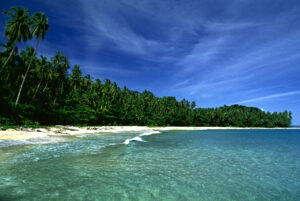 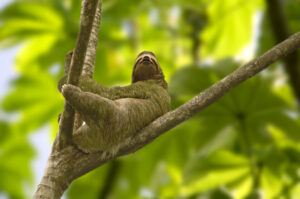 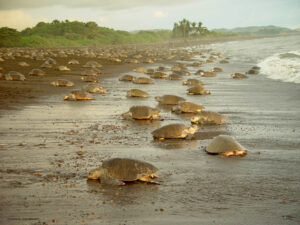 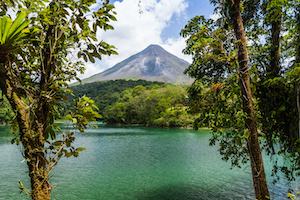 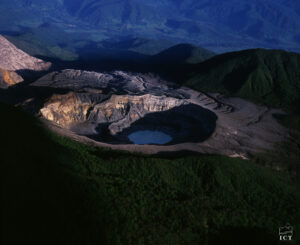 Always check with your doctor or medical centre in advance of travelling.
For current vaccination recommendations see:

For more about Costa Rica...

Call or email us today...